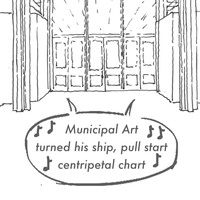 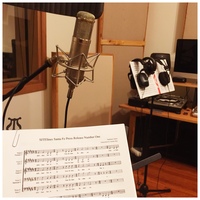 This song is a press release for Casa Tomada: SITElines Santa Fe, 2018-19. 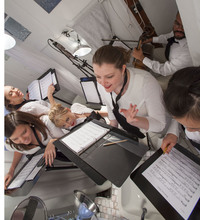 Bathroom Music, 2015, 6 songs used as the only available language for this song, displaced phrases take on new meanings and echo against walls, windows and plumbing. 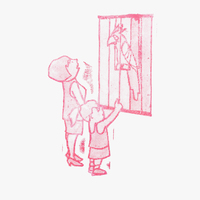 A woman is working. She is preparing projects under deadline. Her thinking is interrupted repeatedly by requests beginning with Mommy! The nonstop Mommies are making her dippy. Mommy! is where her ramblings begin. 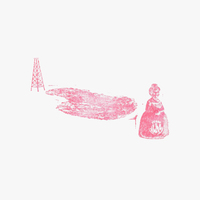 An oil man in Texas drills into the earth hoping the dirt will yield oil.
He anticipates a long wait- but he's troubled by the waiting, nonetheless. It is blisters on plains with buffalo and pheasants. Drips he wrangles from the pistons, he then laboriously must preserve. With thrift and fortitude, he may endure- though a bit of his soul is dead. 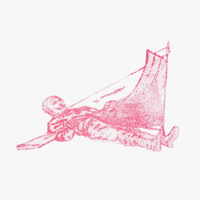 A man attempts to cross the English Channel wearing an india rubber suit,
and carrying a paddle, a foghorn, and an axe. He takes swimming breaks for brandy and cigars. Waves ablute his strokes and course. He does not make it. 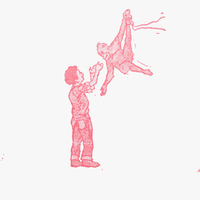 This is a going-away-song for a man moving to Rome to work in the Zoo.
He's going to miss his sisters and the pharmacist who rescued his eyesight. In Rome, he will care for lemurs and butterflies. He's going to be fine! Starting Wednesday at dawn, he is il Gran Zookeeper di Giardina Zoologico. His new society is an animal society. 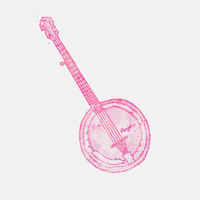 Rosngela, 2011
[CLICK ON THE ABOVE IMAGE TO PLAY SOUND]

A girl from Los Angeles is lost in England. In addition to being disoriented, she can't find her banjo. She is interacting with local people, and it's generally a friendly environment, but little actual progress is being made towards finding her instrument or getting home. 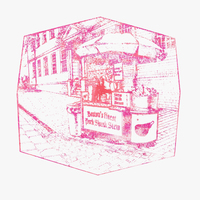 Pork Shank Stew, 2010
[CLICK ON ABOVE IMAGE TO PLAY SOUND]

A vendor sells traditional Boston street fare from a cart. It's a stew made of pork shank, but a very sweet one. A small beehive is housed in his cart. He adds honey to his mixture of meat and poi and cheese. That's what he's known for- this extreme sweetness which must immediately be followed by milk. During the day, while he's working, he's drinking gin, and eating peanuts and stone fruits like plums, and shad roe if there's a wedding feast. His companion is a dog named Wiffles. Pork Shank Stew is proposed as a recipe. If prepared, however, it would surely prove inedible.